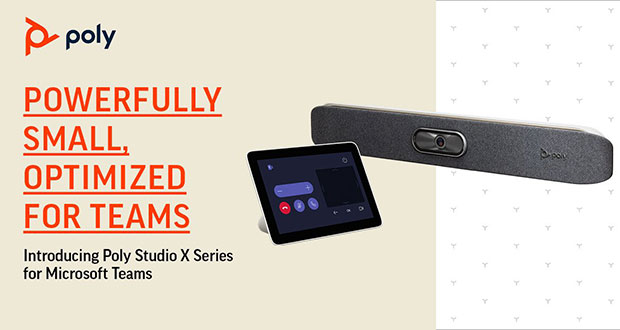 Plantronics introduced video conferencing devices with a Microsoft Teams experience built into Microsoft Ignite 2019. The Poly Studio X series, all-in-one video bars specially designed for Microsoft Teams, will deliver a native Teams meeting and calling experience and are part of a multitude of Poly solutions designed for the teams that the company presented at the show.

â€œWhen and wherever people connect to Microsoft Teams, we’ll be there to provide the best audio, video and voice terminals to make the experience even better,â€ said Joe Burton, President and CEO of Poly. â€œWe provide everything you need to move to Teams. “

Ilya Bukshteyn, Director of Partners, Teams Devices, Microsoft Corp. said, â€œWe are excited to partner with Poly on a range of Microsoft Teams solutions – from video conferencing and headsets, to desk and conference phones and services. Poly is a one-stop-shop for Teams users who need to communicate and collaborate from anywhere and with anyone.

You can now make music at Abbey Road Studios