The owner and head coach of popular and trendy fitness center Studio X shows us around her favorite space – the state-of-the-art gym itself!

On a sunny morning in Karachi, we head to Studio X, a gym that recently opened with great anticipation and distinction. The gray stone walls and the subtle aroma of incense are calming, a contrast to the hustle and bustle we felt right outside the studio doors. We go up to the first floor.

Large bay windows, exposing the majestic panoramic view of the city, leave us in awe. It also gives the space a contemporary touch. Large windows let in sunlight, instantly brightening up the space. Our lovely hostess, Jeanette Faruque comes in and sits us in a comfortable and quaint lounge behind the studio. This space is dimly lit and is closed with finely carved dark wood extending doors. It’s a quiet corner, which makes us forget that we are in a high energy gym. Settled in, we ask Faruque why she chose this space as her favorite: “This is where I spend most of my time, and this is where I feel happy as an individual, as a human being and as a as a performer, ”she says. . 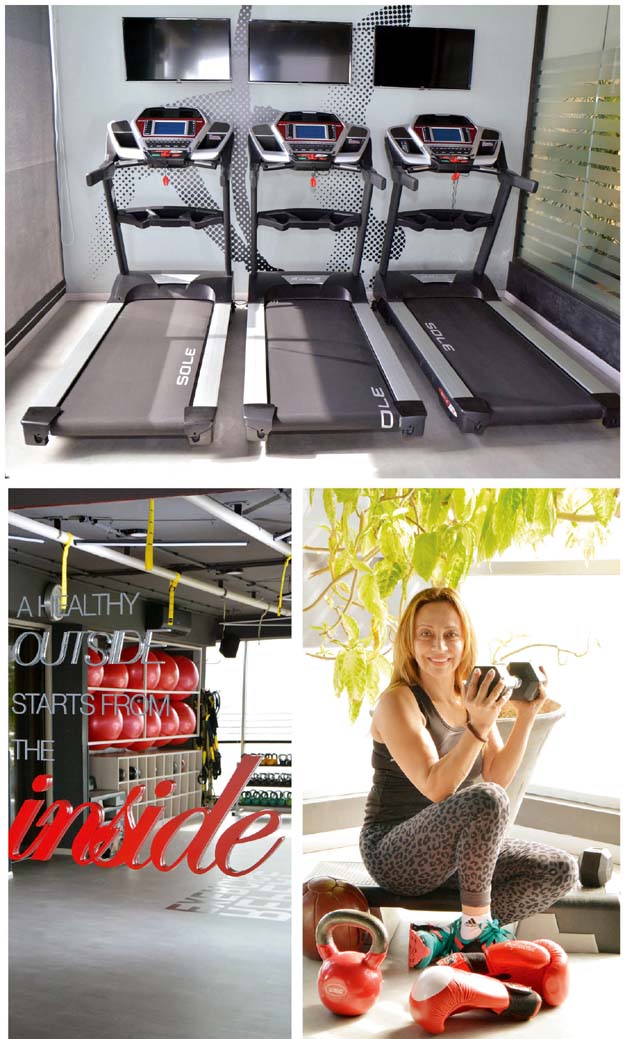 The studio is furnished with great attention to detail, each floor has its own ambiance. The gray stone of the reception is not present elsewhere. Instead, the large studios have crisp white walls, large floor-to-ceiling windows, and colors incorporated throughout the savvy gym equipment. The bathrooms and massage room reflect traditional Turkish aesthetics, with the latter adorned with an intricately detailed teal wall bracket. Faruque’s private office, on the other hand, is reminiscent of a quaint and quirky cafe overseas, with understated black-and-white furniture and a large board that she uses as a to-do list. This style is also incorporated into the trendy juice bar inside the gym. What is remarkable about the studio, however, is how these varied styles complement each other and work together to create a truly spectacular corner. “My architect was Najmi-Bilgrami. We told them exactly what we wanted, and they got it all set. I wanted it to be different, and not like typical gyms. I wanted people to feel comfortable, happy and at home. The architectural firm also did all the interior, and they’re doing my house now too! I’m really happy with what they did, I really identify with it. At first I told them it was too fancy for me, I just want it to be simple, beautiful and classic. In the end, they gave me exactly that, ”she says with satisfaction.

Although the gymnasium is a commercial structure, occupied by many, it is in fact of great sentimental value to Faruque. “The first class I taught here gave me a feeling of unparalleled satisfaction and accomplishment. The reason I opened this place was because my classes were really packed and my clients were unhappy with the token system we had to put in place because of it. When they first came here, their joy made me feel like I had accomplished so much, ”she smiles. 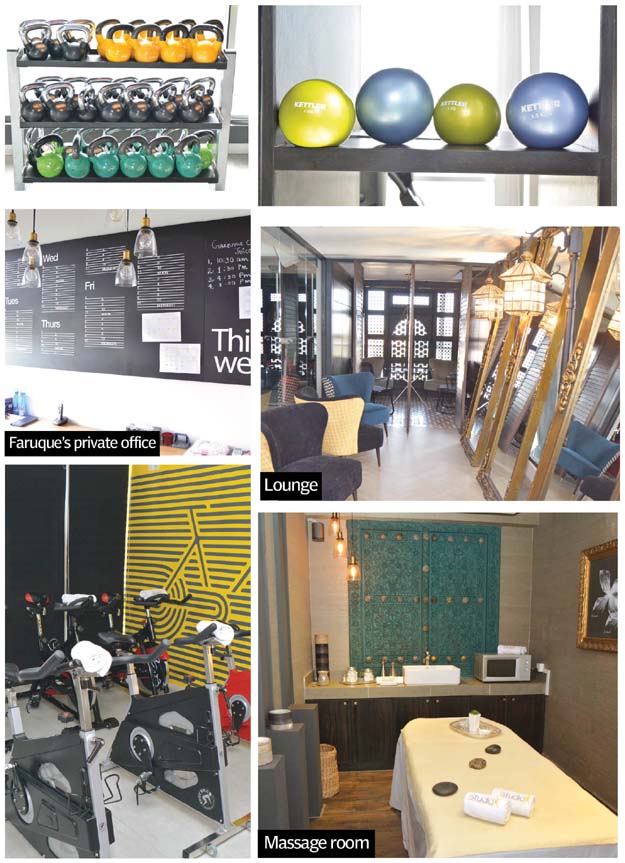 Faruque’s daughter, Fuzzy Faruque, is also a co-owner and instructor of Studio X, and as would be the case with any mother, working with her daughter was one of the highlights of building Studio X. “My daughter m inspired to open a bigger place. I’ve always had a problem with coaches because it’s hard to hold them back as they train and want to open their own gym, but Fuzzy has helped me a lot – young blood is always able to bring a lot to a new location. More than anything, there is nothing like working with your daughter. I would like her to take over one day, ”she says proudly.

As our conversation draws to a close, we congratulate Faruque on building the studio of her dreams and ask if she will change anything about it. She responds with a laugh, “Well… the only thing is I would like an even bigger place – the yards are still full!” ”