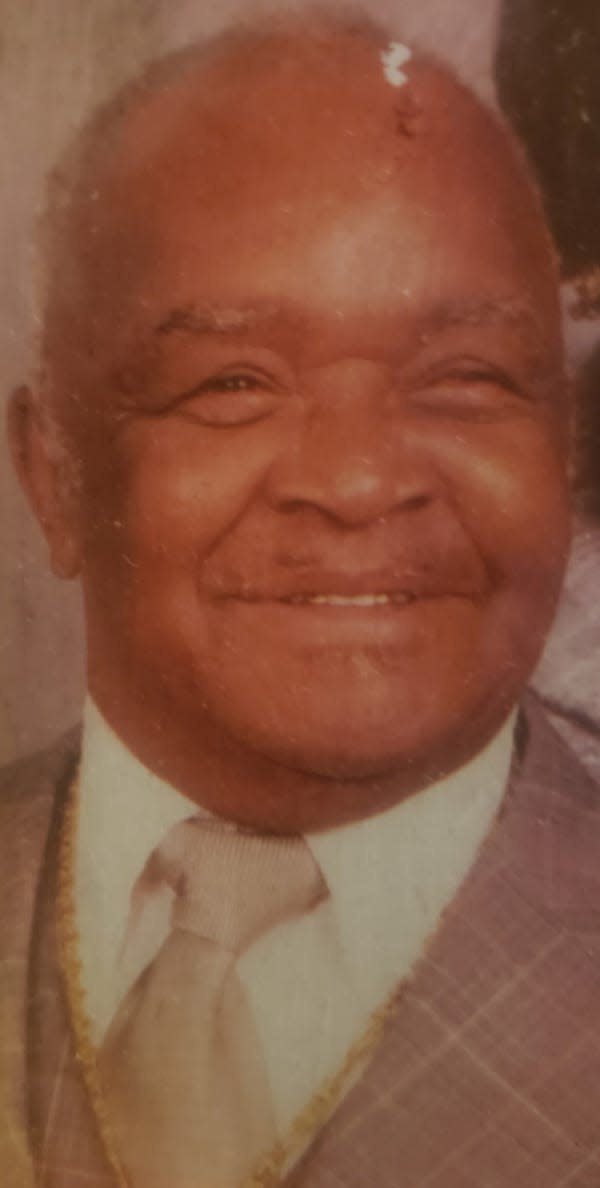 Editor’s Note: February is Black History Month. This story highlights one of Dickson County’s many African-American pioneers and activists during the Civil Rights Movement, one of the most revolutionary periods in American history.

GC Jenkins heard the prisoner sing and was amazed.

It was the early 1950s. Jenkins was the state prison chaplain, the first African-American hired for that position. The Dickson County native had been endorsed for the position by former Tennessee Governor Frank G. Clement, another Dickson-born leader.

Jenkins had already made history. But he was about to make another bold move.

Jenkins approached the singing prisoner while cleaning the offices, according to Jenkins’ daughter, Ruby Perkins, 84.

“My dad stopped him and said, ‘Oh man, what a voice you have,'” Perkins said.

Jenkins, who was also a longtime Clarksville pastor, thought the man didn’t deserve his jail time anyway, Perkins said. Once he discovered that there was a group of inmates that harmonized, the chaplain had an idea.

“That beautiful voice you have. Why don’t you use it while you’re here?” Perkins remembers his dad thinking.

Bragg had been sentenced in 1943 to six concurrent terms of 99 years after being convicted of rape, and the other men’s charges included murder or robbery.

But they won the trust of Jenkins and other leaders.

In 1953, the Prisonairs were formed. They toured and sang in various locations and one of their early singles, “Just Walkin’ in the Rain”, written by Bragg and fellow inmate Robert Riley, was among the songs recorded by Sun Studios.

Serina Gilbert, longtime leader of the Promise Land Heritage Association and area resident, said the music group has become a “household name” for Promise Land families. She still has a signed photo of The Prisonairs.

Gilbert’s father was close friends with Jenkins while growing up in Promise Land, a community established by former slaves in the late 1800s.

Even when Jenkins’ family moved to Clarksville, they returned regularly for family reunions in the Charlotte area.

“He was one of the most vocal and kind people there,” Gilbert said.

Jenkins, who died in 1983, was likeable and a great communicator. It opened the door to the Prisonairs, which enjoyed growing success in the 1950s.

Bragg, who died in 2004, and The Prisonairs caught the eye of Sun Records founder Sam Phillips, the same man who helped make Elvis famous.

Phillips recorded the inmates singing Just Walkin’ in the Rain, which became a rhythm and blues classic, during a temporary release for inmates.

Also in the studio that day in Memphis was a young Elvis, Bragg said in a 1990 interview with The Tennessean.

“I had a really hard time pronouncing the lyrics to the song,” he said. “Elvis sat down with me and worked with me on my diction.” Elvis also visited Bragg once in prison.

Just Walkin’ in the Rain sold over 50,000 copies for their band. It went on to sell over a million copies for pop star Johnnie Ray.

While The Prisonairs performed in the Clarksville area, Perkins said the band regularly stopped by the Jenkins’ home when she was growing up. His mother was preparing supper for the group.

Bragg and the group regularly visited the Governor’s mansion for entertainment, which caused some controversy. Clement commuted Bragg’s sentence in 1959.

Perkins attributed part of his father’s friendly relationship with Clement and the success of The Prisonairs to the mood of the people of Dickson County at the time.

“In Dickson County, whites and blacks have mixed. They always got along well,” Perkins said. “I think (Clement and Jenkins) got to talking and they had so much in common.”

Pastoral, leadership, ‘I have a dream’

Jenkins began preaching as a young man after graduating from Fisk University. He began preaching in Charlotte and then took over as pastor of his first church in Centerville. After three years in Hickman County, the Jenkins family moved to a church in Fulton, Ky. for a time before taking pastoral duties at a church in Memphis.

Finally, Jenkins moved to Great Ebenezer AME in Clarksville. It was during this time that he was hired as a state prison chaplain.

Jenkins was also an active supporter of the civil rights movement, participating in the March on Washington in 1963, when approximately 250,000 people gathered at the Lincoln Memorial in Washington, D.C. to draw attention to the inequalities of African Americans. That’s when Martin Luther King Jr. gave his “I Have a Dream” speech.

Jenkins was also the first black man elected to the Clarksville-Montgomery County School Board. He was first elected to this position in 1971.