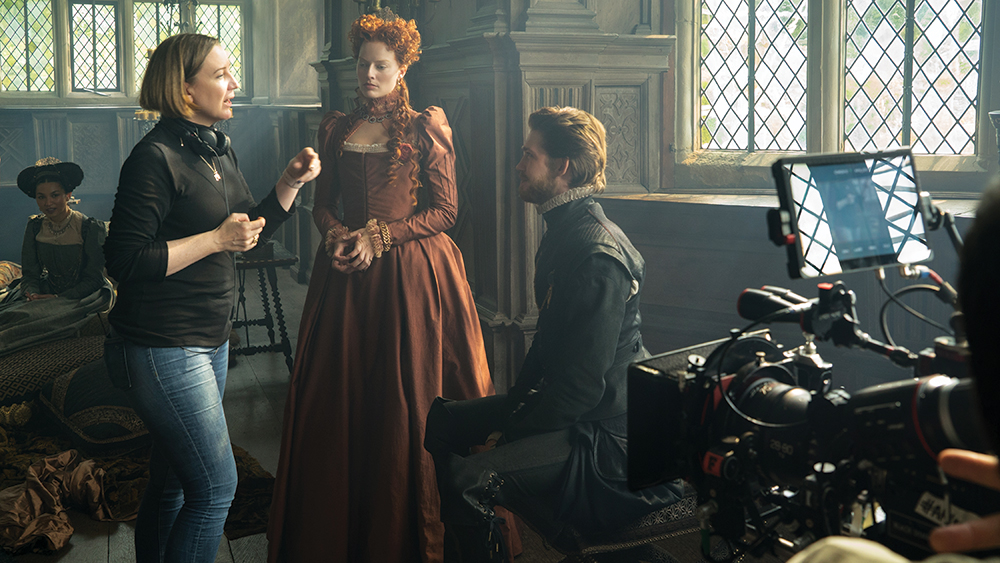 “Mary Queen of Scots” has mixed its soundtrack at Abbey Road Studios.

“Mary queen of scots”, the period drama about the life of Mary Stuart, played by Saoirse Ronan, and that of her English cousin Queen Elizabeth I, played by Margot Robbie, may mark the directorial debut of Josie Rourke, but as director of the prestigious Donmar Warehouse in London, where she has directed acclaimed and groundbreaking productions, she is no stranger to sound and music.

â€œIn the theater, sound is so important,â€ she says. â€œOne of the most basic functions of a director is to tell whether an actor on stage can be heard. So we spend a lot of time thinking about the acoustics, but also about how music works in a scene. And while film is such a visual medium, I think music and sound are even more important in films, and how you use them to help tell the story.

Rourke says his initial vision for the soundtrack was inspired by the music of composer Max Richter – “and in particular his famous Vivaldi piece” The Four Seasons Recomposed, “which breaks down a famous work and reassembles it in a way that lets you hear it renews, and also connects the past and the present. And it’s also able to bring out a deep and deep emotion of what is essentially minimalist music. That’s why I wanted it for that, and why he was perfect.

Wilson and Sirkett split their work between Scotland and England, “to help realize a hearing difference,” Wilson says.

“Al also handled the main battle as he had more time to focus on this with Chris Dickens, the editor, as it visually developed in the montage of the image.”

For programming reasons, all premixes were made at Pinewood Studios, near London, and the effects were mixed by Pinewood Caller’s resident mixer in the Dolby Atmos room.

The final mix at Abbey Road lasted three weeks. As Single recalls, one of the main challenges was â€œhow to approach two very different styles of music in Atmos. Max Richter’s score suited the film’s wide range of emotions and drama perfectly and directed the film, and in that sense Atmos is a perfect format for this music.

But the historically-sourced music, composed by William Lyons, presented a different challenge. â€œTrying to process this music, which uses real period instruments, like we did with the score was just not realistic,â€ Single says. â€œWe had to be focused and guided by where the band or instrument lived in the scene and that meant ‘monoising’ a lot of elements. Based on this, we used the â€œobjectâ€ option in Atmos.

For example, to match John Rizzio’s violin to his movements throughout certain scenes, we treated his violin recording as an â€œobject,â€ allowing him to follow his every move. This increased the reality of all source clues. The combination of these two very different styles was both the most stimulating and the most enjoyable aspect of the mix.

â€œWorking on the sound mix has been one of the most creative experiences I’ve ever had,â€ says Rourke, citing a scene where Mary and Lord Darnley, a suitor, are walking outside. â€œWe have the sheet music of Max playing, and when they stop and Darnley walks up to hug Mary, we also turned off the music and turned up the natural sound – the wind in the grass, the birds singing – and as he made physical contact, we let it all go. , as if each creature was holding its breath. It’s subtle but so powerful.