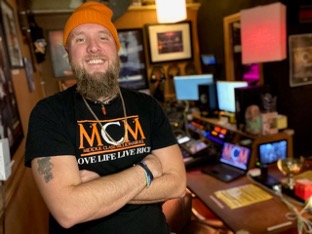 Find out how this music producer used a dilapidated storage unit and went from no customer to audio editing shows on Netflix, Amazon, Hearst Media and collaborated with over 500 musical artists.

â€œMCM Studios (https://www.412mcmstudios.com/) has always been designed to help little artists get back on their feet and with that the bigger opportunities started to present themselves. Coming from an artistic background myself, it took me the coveted 10,000 hours to figure out what worked and what didn’t and with that knowledge I was able to help thousands of artists to find their inner voice and their place in the entertainment world. “

It was 11 years ago at 8:30 a.m. when a hip-smashing car crash left Mike Hitt wondering where his life was going next, luckily for him, fate had always been in his favor.

Starting out as a paid DJ at age 14, Hitt has always had an affinity for music. Not only did he enjoy it himself, but he understood what other listeners would appreciate about it. He would spend the next 10 years of his life under the nickname “The Hitmaker” learning all aspects of music, from creation to distribution, branding and marketing. Hitt remembers it like it was yesterday.

â€œI was always right ahead in an industry that was starting to no longer be a secret society. As new opportunities presented themselves, I would take them. From being the youngest DJ in my area to the first one. producer who could squeeze your music to CD, I would always follow the crumbs of life.

This risk-taking mentality would take him across states from New York to LA, securing top-level work and collaborations with big-name clients like JR Writer, JellyRoll, MadChild and placements on major TV networks like VH1, MTV, BET, CBS. NFL and many more!

But as all artists will someday discover, the struggle for “Am I on Track” can be overwhelming at times. For 5 years, Hitt would slow down his quest for success and regretfully trade it for a simpler work life.

â€œThe pressure from society really touched me. Everyone is in college, working and where I’m from, everyone is working 30 years and retiring, they don’t think about trying their luck in some wacky entertainment dream, so for a little while, I didn’t completely give up, but those dreams took a back seat to create a more stable foundation for my life, at least that’s what I thought.

Hitt would soon discover that opposing the gods’ plans is not why we exist.

After just getting a tiny one bedroom apartment, a car, and a job as a bus driver, he felt like maybe he was on the right track, until one day, 3 months after his new job, coming home between shifts, he nearly died in a car accident leaving him unable to walk.

He would spend the next 6 months in and out of surgery and rehab, literally and figuratively putting one foot in front of the other until a friend came over and made him an offer.

His friend had a small group rehearsal space in a well-known Pittsburgh building at the time called ABC Storage and told Hitt that when he walked again, maybe this could be a good place for him to start. his journey as a music producer.

Once he started walking again and recouped the last 2,000 dollars he had saved, Mike Hitt would make a decision that would forever change the course of his life and the lives of thousands of other creative people.

In 2010, he would open MCM Studios, a place where thousands of artists and companies around the world would find their creative ideas turning to Hitt to bring them to life.

â€œIn the beginning there was a lot of trial and error,â€ Hitt recalls. â€œFrom planning and pricing to understanding how different artists’ minds work, the learning curve has been steep, but my past experiences have given me the foundation to thrive in an otherwise chaotic business with a high failure rate. “

Now in his 11th year, Hitt is just beginning to see the fruits of his labor. Working on shows like A League of Their Own on Amazon Prime, Archive 81 on Netflix and now Hearst Media and Very Local’s new Ed and Day in The Burgh Show, while balancing coaching calls with aspiring and emerging artists. now a list of over 500 clients who are growing day by day. 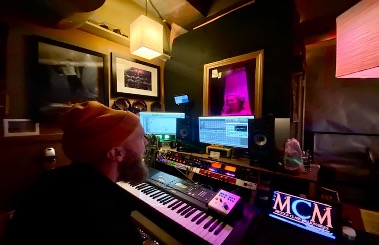 Pictured above: Hitt works with the singer at MCM Studios in Pittsburgh

When he asks Hitt how he takes on so much responsibility, he replies, â€œIt’s my passion. When it is truly your calling, this enthusiasm carries you from task to task. You have to be in tune with your real self, this is how you avoid getting overwhelmed. I would also add, don’t take on more projects than you can handle. I’m not afraid to say no, I think that’s how you can avoid letting down the people who rely on you. It’s better to deliver more and under-promise.

Hitt is an inspiration for those who start from scratch and feel overwhelmed or helpless. When asked for his latest advice for artists and business builders looking to start their journey, he simply replied:

â€œDon’t ignore fate. The thing that speaks loudest to you, that you are most afraid to do, is which direction you should be heading.

To learn more about Mike Hitt, visit https://www.MikeHitt.com. He can also be followed on Instagram at https://www.Instagram.com/mikehittman