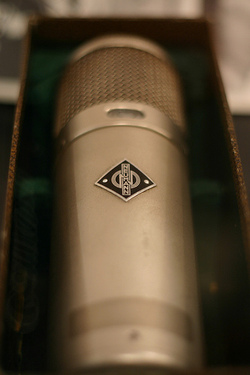 Beatles fans avid for the retro tech that made the Fab
Four fabulous are expected to make their way to Carlsbad, the California Museum of Music, which has just opened an exhibit of artifacts from the band’s sessions at Abbey Road Studios.

You can hear the classic songs coming out of the same speakers used in the sessions and admire the original technology, some of which has never been seen in public.

Underwire was made aware of the exhibits from exhibit curators Brian Kehew and Kevin Ryan. The duo have co-authored a quintessential book on Fab Four techno facts, * Recording the Beatles, * which has been reviewed by Wired last year (it sold around 9,000 copies online).

Here is an exhibition for technology enthusiasts of the
The Beatles were eagerly awaiting a modern 8-channel recorder, when it arrived, the technical staff rejected it because it did not have the same quality as the 4-channel machines it was replacing. “

Former Abbey Road engineer John Kurlander (now a prominent film music engineer) loaned a series of Abbey Road installation sheets from 1966, showing how studio equipment was to be placed for a session.

But if it’s too specialized, just relax and listen to the music while reflecting on how things have changed. Or not. As Kehew enthuses, â€œSeeing them in person shows huge differences in design and construction from today’s recording methods. An original oily tank-like beast (the EMI tape recorder) and a military-looking voice compressor are now replaced by a modern laptop. .. still other items – such as classic European microphones and vintage guitar amplifiers – are still widely used in studios today. “

Most of the artifacts come from private collections in America, although former studio director Ken Townsend lent a nostalgic kit – a studio ashtray.

I must declare an interest. In the 1960s, my music-crazed dad sold the first Beatles singles at a music store in Jersey, Channel Islands, and flew to Abbey Road to listen to those early recordings.

The exhibition runs until July.

Photo of the Neumann U47 microphone courtesy of the Museum of Making Music.