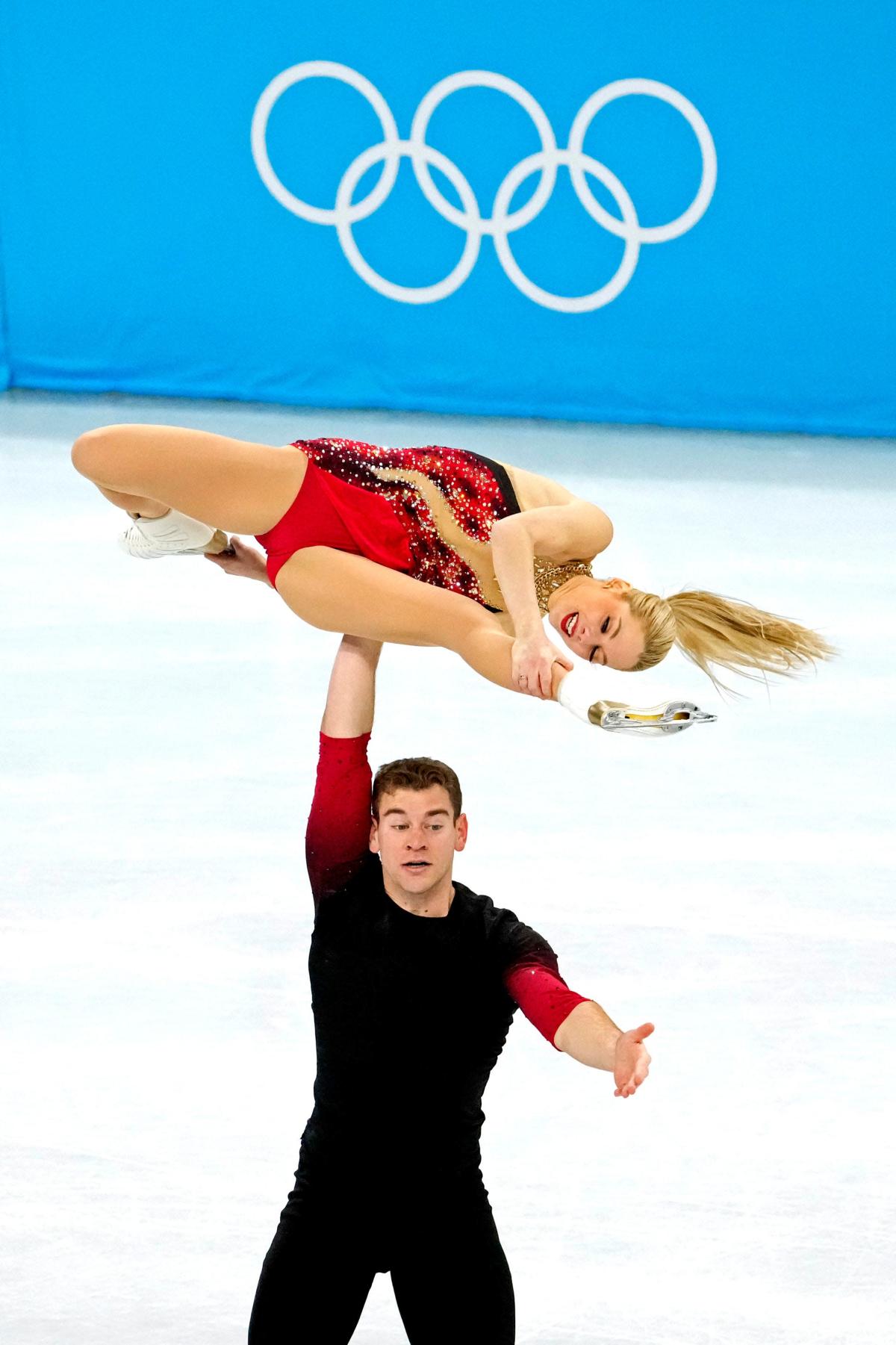 The music group Heavy Young Heathens filed a lawsuit on Thursday against NBC, American figure skating and figure skating pair Alexa Knierim and Brandon Frazier, claiming that their copyrights for the song “House of the Rising Sun” had been violated when the couple used it for their short program. earlier this week.

The group, made up of brothers Robert and Aron Marderosian, is known for their compositions in numerous TV shows, films, trailers, commercials and video games, such as ESPN’s “30 for 30”, Adidas, “Deadpool” and “The Simpsons”. One of their compositions, “House of the Rising Sun”, is based on a traditional folk song, but their version “is one of their signature songs around the world”, as it was used for the film “The Magnificent Seven”. ” and Ford car advertisements.

In the team figure skating event of the 2022 Winter Olympics, Knierim and Frazier used the composition for the short program portion of the event for which the United States won a silver medal.

In the lawsuit first obtained by Reuters, the Marderosian brothers claim they were never contacted by Knierim or Frazier, Team USA or US Figure Skating about licensing the track for their performance. They also allege that NBC, USA Network and Peacock have never inquired either since it aired on all the platforms mentioned.

“These violations do great harm to the value of (the Marderosians’) command for such a well-known piece of their catalog of recordings, and insult the integrity of their professional reputation. While Knierim/Frazier, USFS, NBC, USA , PEACOCK all profit from the revenue generated by the 2022 Winter Olympics, (the Marderosians) have been and continue to be deprived of what their creation “House of the Rising Sun” earns them by license,” the lawsuit states.

MEDAL COUNT: How each country fared at the Beijing Games

Mick Marderosian, the group’s lawyer and father, told Reuters that Knierim and Frazier’s agent “basically refused to listen to our problem”. He also said that NBC had deleted posts from the performance since the complaint was filed.

The group claims to be “entitled to damages in an amount to be proven at trial”.

US Figure Skating told USA TODAY that they do not comment on legal matters. USA TODAY has contacted NBC about the lawsuit.

This is not the first time that the group has filed a licensing complaint. In 2017, they sued Warner Bros. for using the theme song to FOX’s “Lucifer.”

This article originally appeared on USA TODAY: Heavy Young Heathens sues NBC, US Figure Skating over use of Olympic songs