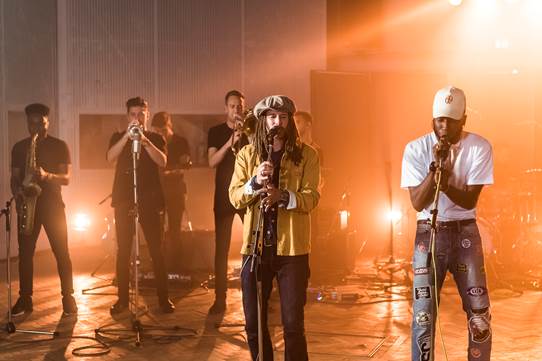 Hennessy Very Special Cognac has teamed up with iconic Abbey Road Studios to bring singer JP Cooper and musical poet Kojey Radical together to record live on vinyl as part of its Masters of Potential platform.

The first artists to be brought to the table by Masters of Potential panel member Alex Boateng are Mancunian soul singer JP Cooper and musical poet Kojey Radical.

“From our first visit to the magic studios to the recording of JP Cooper’s live-to-vinyl, the partnership with Abbey Road Studios and Hennessy was so natural, almost obvious”, Julie Nollet, Marketing and Communications Director, Moët HennessyUK.

“Two brands steeped in musical history and culture coming together to support the release of such raw musical potential felt very powerful and in tune with Hennessy. Masters of Potential is the result of this approach and it is a honor to see this longstanding collaboration come to life and to celebrate the launch of the two new studios in Abbey Road.

JP Cooper and Kojey Radical recorded “Party” and “She’s On My Mind” on August 17, 2017 at Abbey Road Studios as the first artists to partner with Hennessy Very Special – Masters of Potential.

“Our new studios are a platform for the next generation of creativity and innovation at Abbey Road, and our partnership with Hennessy is designed to usher in a new era of unforgettable moments and one-of-a-kind studio collaborations,” Abbey said. Road Studios Head of Partnerships & Events, Jérémy Huffelmann.

“The two brands not only share a mutual heritage of excellence, coupled with generations of fine craftsmanship, but also a spirit of daring and novelty that promises to deliver incredible performance for years to come.”