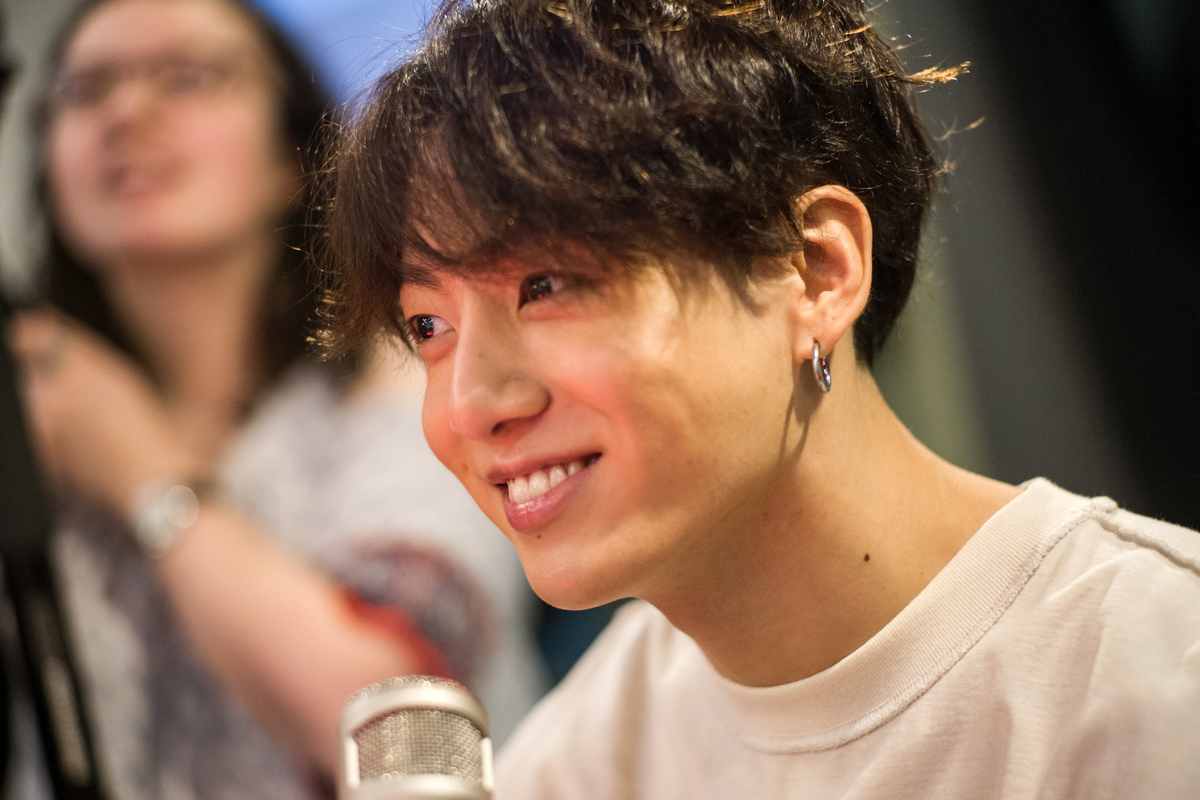 Jay Park recently uploaded two photos with BTS’s Jungkook. The Korean rapper, singer, former member of K-pop group 2PM, and record label mogul posted photos with BTS’ youngest member on April 19. In the photos, the two superstars appear to be in Jay Park’s studio, leading many to speculate a collaboration is on the horizon.

Jay Park started his career as the leader of boy group 2PM on JYP Entertainment. After leaving 2PM, Park went on to have a successful career as a solo artist in the Korean hip hop, pop, and R&B markets. He then founded two hip hop record labels, H1GHR Music and AOMG.

Recently, Park left those labels and started a pop label in hopes of making more K-pop oriented music. After collaborating with IU on “GANADARA,” he may have landed another superstar project.

Wearing a black bucket hat and lip ring, Jungkook has his arm wrapped around Park, flashing a peace sign in the first photo. The following image shows the two posing in front of a soundboard in a recording studio.

Park captioned his Instagram post with “even though he’s at the top, he’s humble and has the mindset to try and keep getting better.. super cool guy.. he’s even good at boxing.. after meeting Jk, I can definitely see why they are getting so much love Humble ambitious and talented.

Jungkook has been working on solo material for what seems like a lifetime for ARMY (BTS fandom.) Due to the new footage, fans have renewed hope that it will happen soon. The photos could indicate a collaboration or Jay Park produced a song for Jungkook.

In February, he released a song for the HYBE webtoon 7FATES: CHAKHO. “Stay Alive” was produced by BTS member Suga. While he’s released songs like “Still with You” on SoundCloud, the talented singer hasn’t officially released an album or mixtape. He did, however, mention that he was working there.

In May 2021, Jungkook spoke to Billboard about his next solo album where he shared the urge to keep fixing songs. “When I create something and come back to it later, I feel like I can do better.” He added, “I’m working hard on finding my own color.” Almost a year later, ARMY hopes he’s found his color and is releasing what he’s worked so hard on.

Fans think their styles “would go so well together”

While some ARMYs aren’t fans of Jay Park, many see potential in a collaboration with Jungkook.

In BTS Reddit thread, a fan wrote: “If a collaboration comes out of it, it is much better than any other collaboration with Western artists seeking charts. Win in my eyes!

Another fan saw this as an exciting opportunity for Jungkook. “If it turns out to be a collaboration, I will support it because JK wanted to do a collaboration with an artist he loves.”

Some chose to focus on the artist’s musical styles, which they felt would go well together. “I love it when JK does R&B and I think their styles would go so well together.” Another fan added, “His style would work great with jk so personally I’m excited.”

Jungkook recently returned home to South Korea after a successful 4-night residency at Allegiant Stadium in Las Vegas, NV. BTS is gearing up for a comeback on June 10, 2022.

RELATED:BTS: Jungkook gave a witty response when asked to participate in a controversial debate

OL analysis: a talented and deep group ready for the show