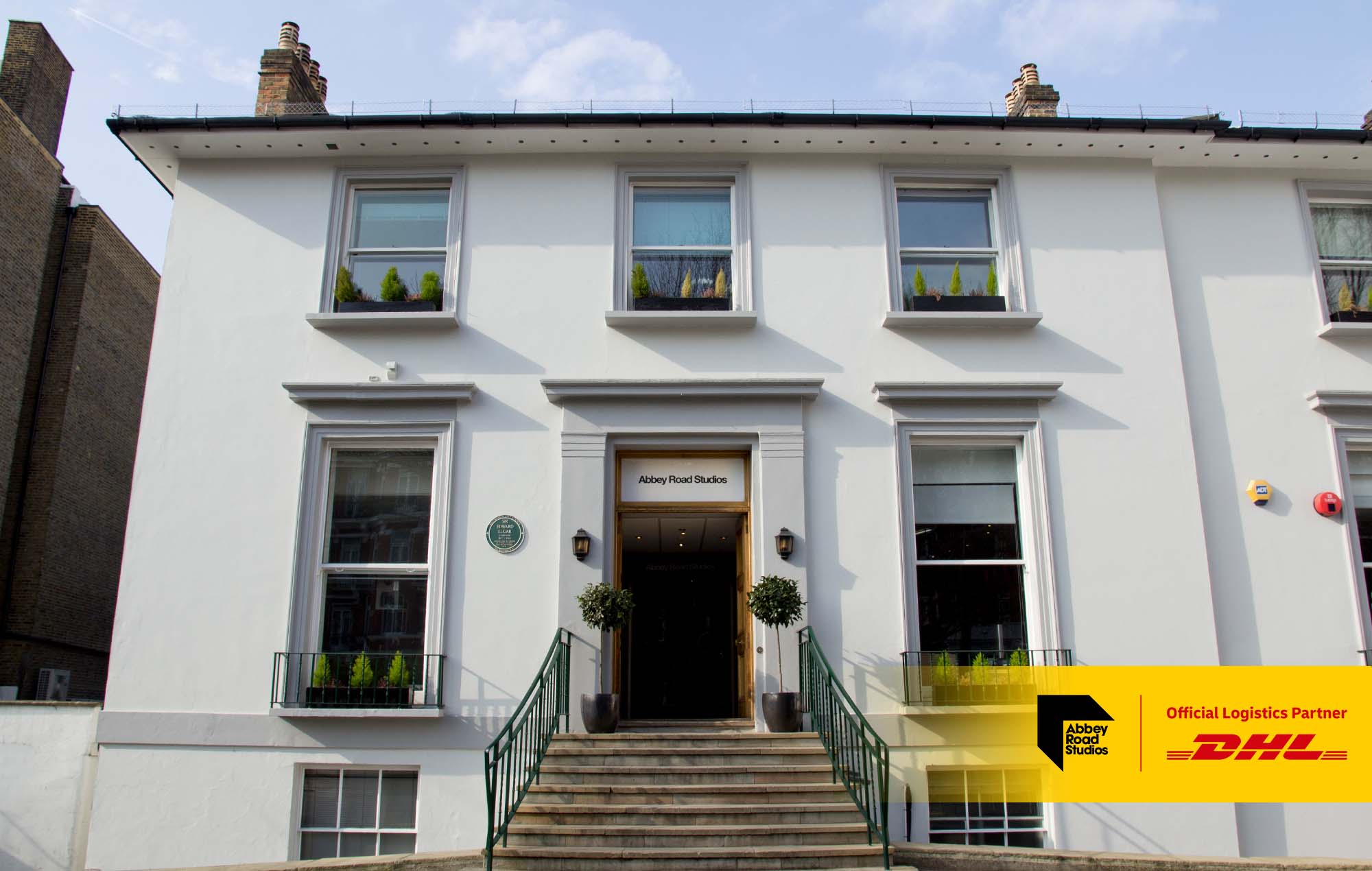 When music history is written, Abbey Road Studios really should have its own chapter. As the world’s first purpose-built recording studio, the world-renowned complex in North West London has pioneered significant advances in music technology and ushered in a host of legendary names across its doors for the past 90 years. We’re talking The Beatles, Oasis, Pink Floyd, Adele, Kate Bush, Kanye West, Ella Fitzgerald, Amy Winehouse, Frank Ocean, Fela Kuti, Aretha Franklin, Radiohead, DC Fountains and Lady Gaga – quite a set of musical talents, we think you’ll agree.

While a host of seminal albums were born within the hallowed walls of Abbey Road, there are also a number of artists who have had the good fortune to create, record or put the finishing touches to their beginnings in the studio, before going on to dominate the world of music in their own way.

To celebrate the launch of DHL and Abbey Road Studios’ FAST-TRACK Sessions talent search, which offers up-and-coming artists the opportunity to complete a two-day recording session at Abbey Road with guidance from the esteemed producer Hannah V, NME looks back on the historical past of the studios. Here are five of the best first studio albums recorded at Abbey Road.

The Beatles – “Please Please Me”

The truth : Recorded at Abbey Road Studios when they were known as EMI Recording Studios, Paul McCartney, John Lennon, George Harrison and Ringo Starr – with the help of their trusty producer George Martin – launched a career album like no other with their happy-yet-shabby start to original songs (“Love Me Do”, “I Saw Her Standing There”) and covers (“Twist and Shout”, “Baby, It’s You”) .

Incredibly, 10 of the album’s 14 tracks were recorded in a single day (February 11, 1963). A colossal undertaking, as Paul McCartney recalled: “John had to save ‘Twist and Shout’ to the end, and he was sucking zoobs all day – those little throat tablets. And he finally had to do ‘Twist and Shout’ knowing he had to do it last because it would just tear his throat out to do it. It was great. You can still hear that on the record.

What happened next : Music would never be the same after the release of “Please Please Me” in March 1963. The Beatles went on to forever alter the course of popular music, recording a host of all-time classic albums including “Abbey Road” in 1969, of course! – before going their separate ways in 1970. Some 50 years later, they are still considered by most to be the greatest musical group of all time.

Pink Floyd – “The Bagpiper at the Gates of Dawn”

The truth : While the Beatles were recording ‘Sgt. Pepper’s Lonely Hearts Club Band’ in Abbey Road’s Studio Two, next door in Studio Three, Pink Floyd was taking their first experimental steps as a Proper Album Band. “So we’re sitting there talking in the control room, getting to know each other,” producer Norman Smith said. reminded in 2007. “The door to the control room opens and enters Paul McCartney. He wanted to meet the boys. He had heard of them. And after a little chat with them, he comes up to me, puts his hand on my shoulder, and says to the Pink Floyd boys, “You won’t go wrong with this guy as your producer.”

The late Syd Barrett (more on him shortly) then led the way as the quartet went wild, as drummer Nick Mason later noted, “effectively recording our live set…listening to ‘Piper…’ now gives a rough indication from the set list we were playing”. The end result was an exciting and whimsical work that provided a perfectly psychedelic start to the Pink Floyd story.

What happened next : While Barrett soon left the band, Pink Floyd persevered to become one of rock’s greatest boundary-pushing bands (see 1973’s “The Dark Side of the Moon”).

The truth : Nearly two years after his unfortunate departure from Pink Floyd, Barrett has released his first intimate solo album. Quickly recorded at Abbey Road with the help of former bandmate Roger Waters and Pink Floyd replacement David Gilmour, ‘The Madcap Laughs’ showed a tender side to its enigmatic creator that continues to fascinate today.

“He sounded like he knew something you didn’t know,” drummer Jerry Shirley later recalled of his work with Barrett at Abbey Road. “He had that kind of maniacal laugh that made ‘The Madcap Laughs’ such an apt name for his album – he really made fun of you.”

What happened next : Barrett’s second solo studio album, “Barrett,” followed just 10 months later, but it was to be his last. After a brief stint in the Stars group, he retired from music and public life. His legend was already secure, however – not that it mattered too much to the man himself. “It’s just writing good songs that really matters,” Barrett once wisely mused.

The truth : Abbey Road was one of five studios used by the Bristol trip-hop group when recording their 1991 nine-track debut album, ‘Blue Lines’. Arguably the best-known song on the record, “Unfinished Sympathy”, was partly recorded and engineered at Abbey Road.

The heart-pounding track features beautiful uplifting strings that have been arranged and conducted by producer Wil Malone, who recorded a string section at Abbey Road to add even more gravity to Massive Attack’s outstanding track.

What happened next : Massive Attack have released four more studio albums since ‘Blue Lines’ arrived, including 1998’s ‘Mezzanine’ which gave the band their first ever UK number one album. Along with becoming prominent climate activists, they are also still a terrific live performer.

The truth : South London rapper, musician and producer David Omoregie – or Dave, as we all know him – visited Abbey Road during the recording sessions for his debut album ‘Psychodrama’ in 2019.

As well as spending hours in the production suite at The Garage studios, Dave and his co-producer Fraser T Smith recorded the strings for the deeply moving track “Lesley” in Abbey Road’s Studio Two with musician and arranger Rosie Danvers ( who has previously worked with Adele, Kanye West and Coldplay).

What happened next : ‘Psychodrama’ deservedly won the 2019 Mercury Prize and Album of the Year at the 2020 BRIT Awards, while Dave also won Best Hip-Hop / Grime / Rap at this year’s BRITs. following the release of her acclaimed second album ‘We’re All Alone In This Together’. The sky’s the limit for Dave…