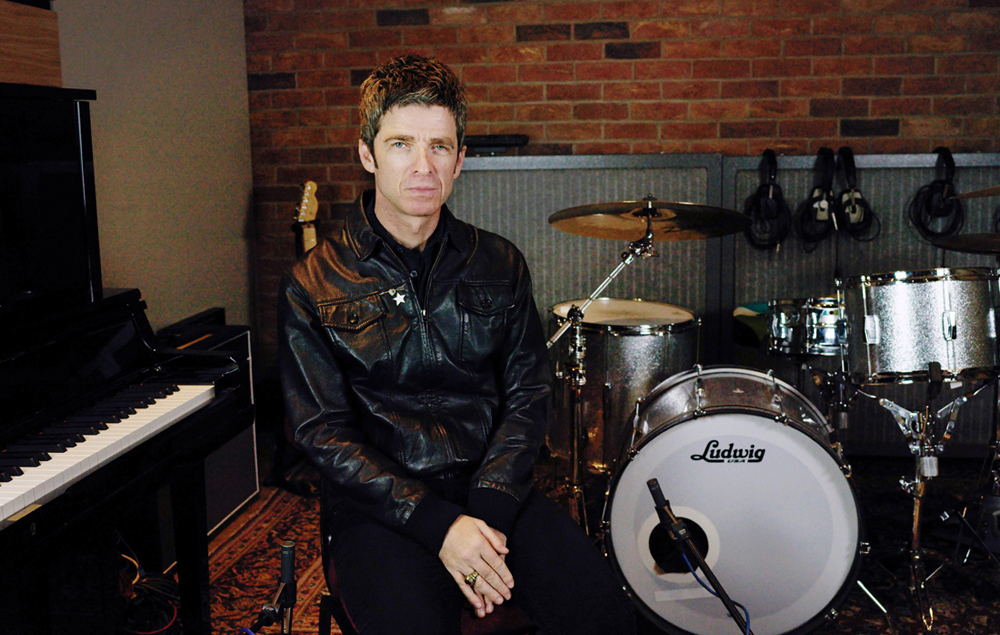 Noel Gallagher stopped by the famous Abbey Road Studios – well, he only lives around the corner – earlier this month to rehearse his upcoming US tour and check out the new Guard house studios, which is reserved for emerging artists, and has already been visited by Novelist and Mura Masa. Here’s what he had to say for himself…

What are you listening to now?

Noel Gallagher: “One song that blew my mind is Cola by CamelPhat. I wish I had written it. I always come back to Jungle’s debut album too which they are about to follow. I’m not impressed with a lot of new music, I have to say. I was watching a Top of The Pops from 1984 the other night and the Smiths were doing “How Soon Is Now?” And my ten year old looks at it with me and says “that’s weird, I love it”. Then he said ‘all the songs from the 80s were about okay stuff, right? Now when I listen to the radio all the songs sound the same, they are about relationships. And I thought, well, you have a lot to look forward to because your dad has a great record collection. I can’t wait for him to hear the “headmaster’s ritual”.

If you could work with anyone, who would it be?

Are you writing right now?

“I don’t have a guitar at home for the first time since I was 13 so I write songs on bass. It’s amazing. It takes all the emotion away and you have more groove but I love it so that’s what I’m doing right now so everything I write a minute sounds like The Police, The Cure or if The Police and The Cure were in a band together.

“I didn’t have a recording contract when I was 25, so I would sneak in and say ‘everything will be fine. You will make mistakes along the way, but in the long run it will all be amazing.

What do you think of one of the new smaller studios on site at Abbey Road Studios, The gatehousedesigned for emerging artists?

“I’m a little disappointed you didn’t call the Gallagher studio one. Or at least the NG studio. I think that’s a good thing. I always see the big studios here which may be a bit out of reach for some so it’s good that emerging artists can use Abbey Road and catering of course without shelling out £400,000 a week for Studio 1. I have to point out he’s not £400,000 a week by the way.

If an emerging artist asked you why you needed a studio, what would you say?

“It depends on the kind of music you make. If you’re a techie with a baseball cap, you need a small room and a computer, but if you’re a band and planning to go out on the road, it’s advised that you
record in the studio, because then you’ll have an idea of ​​what you’re trying to do. People of my generation, I don’t understand the guy in the baseball cap, I like the music but I don’t like the process – it takes too long. There’s nothing quite like being in a room and blurring it out and seeing what happens. All the records that I love, all the great records that have ever been made were made through trial and error in venues like The Gatehouse studio here.