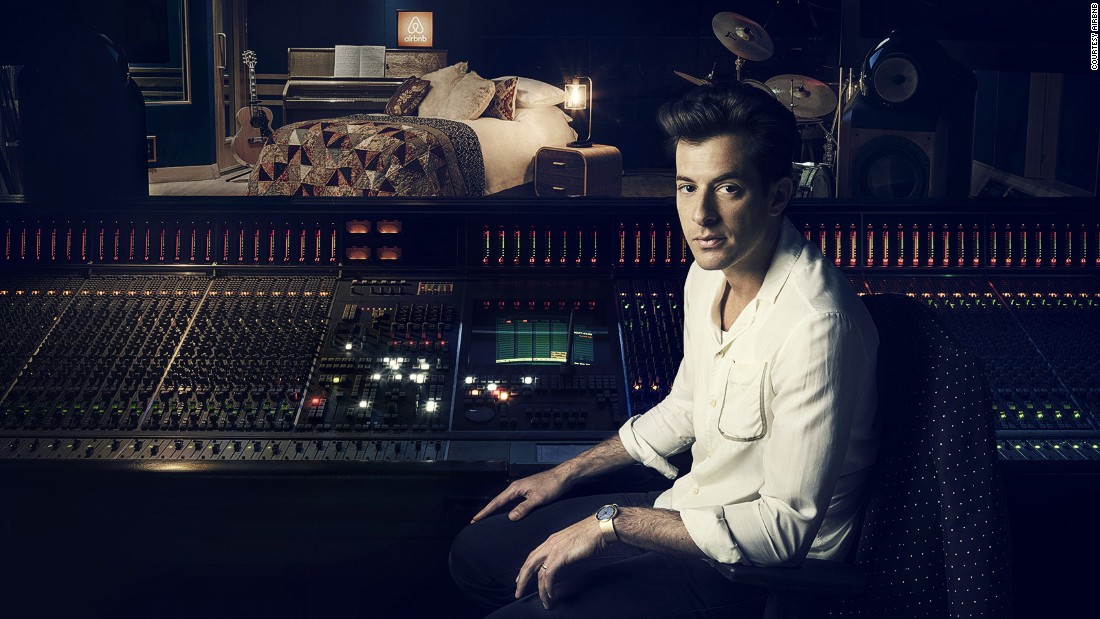 yes it is the Abbey Road, where the Beatles recorded from 1962 to 1970, where artists from Pink Floyd to Adele recorded and where the soundtracks for ‘Star Wars’ and ‘Lord of the Rings’ were written.

Even getting inside for a visit is tricky enough, and most tourists go no further than recreating the Beatles’ “Abbey Road” cover on the zebra crossing outside. But in the latest stunt from room rental site Airbnb, Ronson – a local boy from London’s St John’s Wood neighborhood – will entertain a competition winner and three guests at Studio 3 on the night of October 15.

He even provided his own bed for the occasion – the first time a bed has been here since John and Yoko got cozy in 1969.

For a chance to win, you must visit the Airbnb Listing before Oct. 6 and tell them about a song “you’re passionate about that was recorded at Abbey Road and why you would have loved to be there,” Ronson told CNN.

His own favorite track – although there are no extra points for choosing it – is “Tomorrow Never Knows” from the Beatles album “Revolver”.

Airbnb recently stepped up the experiential side of its offering, launching a high-profile Live Like a Local campaign and hosting spectacular sleepovers everywhere from the Paris Catacombs to the Great Barrier Reef.

Last month, he celebrated the opening of the Sonos Listening Room in the Brooklyn branch of Rough Trade by offering a limited number of record store sleepovers for vinyl junkies eager to live out their “High Fidelity” fantasies. or “Empire Records”.

Ronson was the “natural candidate” for the Abbey Road event, says Airbnb CEO John McClure, because he “knows the place intimately, as well as being a local.” He can give advice on “what’s a good pub on the road as well as what’s a great production tip to get the sound going during the recording session”.

This unique event is a sort of five-star version of Airbnb’s new City Hosts program, which is currently in beta. These private tour guides – with trials in London, Los Angeles, Paris, Tokyo and San Francisco – give guests an inside track on local scenes, from kite-surfing to cooking.

And while the Beatles put the UK on the international music map during the ‘British Invasion’ of the 1960s, 60 years later British music is still making waves. In the UK capital, the City Host program includes an introduction to the city’s grime scene – London’s hottest local musical genre of the 21st century – in the capable hands of a local record scout.

Both Kanye West and Drake are grime fans – Drake even got the Tottenham Boy Better Know label tattooed on his shoulder – and they’re not the only North American megastars drawn to the London sound.

“One of the really cool things about London is that when you go out sometimes you see great performances just standing on a pub stage,” says American record producer and two-time Grammy Dallas winner Austin, who has worked with stars such as Michael Jackson, Gwen Stefani and Rihanna.

CNN’s James Williams caught up with him in Mayfair at his newly opened Tape London nightclub as part of the next episode of the ‘In 24 Hours’ travel series.

“I remember walking down Tottenham Court Road once, leaning out of a window and there was Amy Winehouse singing on a table.”

It’s admittedly quite rare to see a soul diva selling millions in the British capital, but there’s always the chance to sip cocoa with her producer Mark Ronson on October 15th.