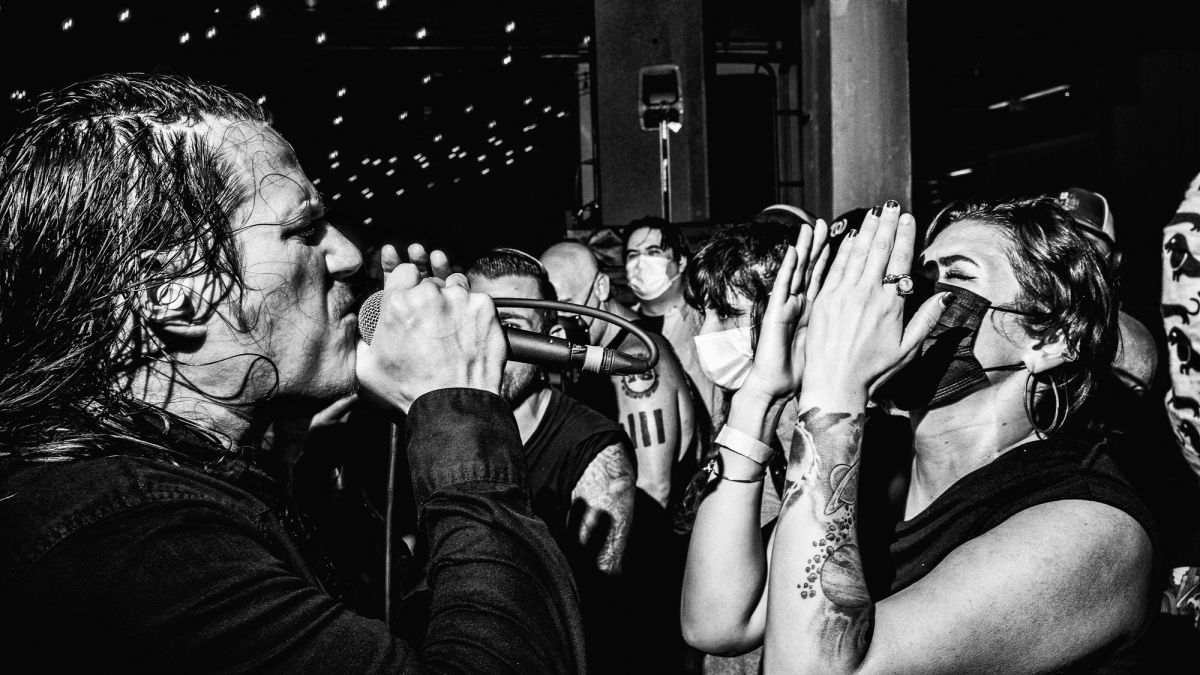 The first-ever competition to recognize and celebrate the art of music photography has come to an end, winners were revealed on Saturday at an awards ceremony in London held at the world’s most famous recording studio .

Abbey Road Studios is responsible for bringing to life the first Music Photography Awards (MPA), co-founded by renowned photographer Rankin and in association with Hennessy.

• Have you ever wondered what are the best camera settings for live music photography?

The very first Music Photography Award was created to honor the most unforgettable and unique musical moments of 2021, and the talented music photographers who captured them. An awards ceremony took place at the studios on Saturday, hosted by BBC Radio presenter Matt Everitt, announcing the winners.

Finally, the Zeitgeist Award exists to celebrate the image that defines the music scene in 2021, selected from the winners of existing categories and chosen specially by the judges.

The 2022 MPA winner in the Championing Scenes category was a Northern Irish photographer Megan Doherty, best known for her debut book “Stoned In Melanchol” documenting her teenage years in the Irish city of Derry. His image (above) shows his friends doing nighttime street portraits and, in his own words, celebrates the underdog and the incredible Irish music scene.

The winner of the Live category, supported by Philips, was a photographer John Lyons with his black and white image (below) of drummer David Mrakpor, performing with rising popular jazz artist, Ruben Fox.

The Studio Photography category, supported by Bowers & Wilkins, was won by Jack McCain with a photo (below) of rapper, singer and producer, Pink Siifu, taken while the artist played guitar in the studio.

Photographer Joe PuxleyThe vibrant portrayal of British singer-songwriter and poet Arlo Parks (below) earned him a win in the adidas-backed Undiscover category.

The highly regarded Zeitgeist Prize was won by Chris Suspect with his black and white photo of John Henry singing to a crowd while performing with his metal band, Darkest Hour, at a beer hall in Washington, DC.

The guest category, Artist at work, was won by Greg Noire for his black and white live action shot (below) which features musician KennyHoopla performing at the ACL Festival in Austin, Texas, USA.

Photographer Samuel Trotter wins in the Editorial category with a black and white shot of an interesting composition featuring American rapper Polo G (on a horse) watching over his son (image below).

The Portrait category was won by a Ukrainian photographer Yana Yatsuk with her beautifully natural and intimate portrayal (below) of singer-songwriter, King Princess. Finally, the recipient of this year’s MPA Icon Award was Eric Johnsonbest known for his photographic work of late 90s and early 2000s American music culture.

“Everyone at Abbey Road Studios is delighted with the quality of the entries and winners of our first Music Photography Awards. More generally, we are also incredibly encouraged by the way MPAs have been adopted into the artistic and creative landscape. It was great to create a platform to recognize emerging and established talent in this important field, and we are already looking forward to doing it all again in 2023!”

The upcoming Abbey Road Studios Music Photography Awards will require music photographers to submit entries that were taken this year (2022) only, so there’s no better time to dust off your best low-light cameras and start over. to capture the energy of post-pandemic concerts and musical portraits!