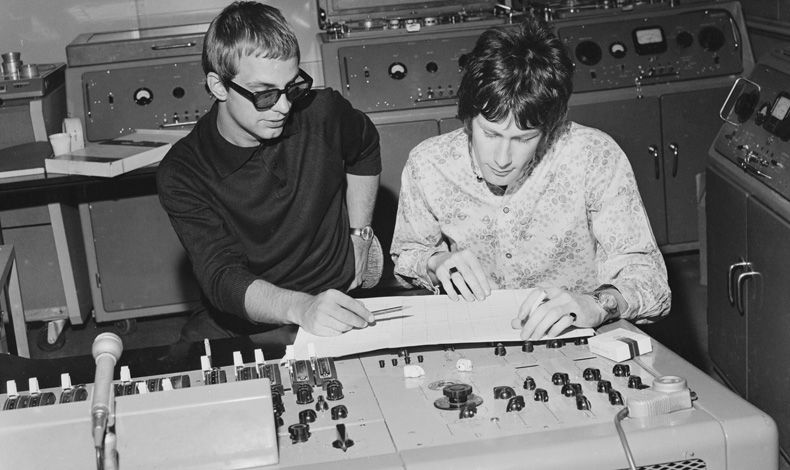 The machine in question is a BTR-3 (BTR stands for British Tape Recorder). These were made by EMI and used from the late 1940s. Only four are thought to be left (check your local student radio).

The BTR-3 was only ever used at Abbey Road Studios, which as we all know is where the Beatles, Pink Floyd, Radiohead, Oasis, Adele and many more have all recorded. It was used throughout the 1960s, which many regard as the heyday of Abbey Road.

The people at Surge had no idea what they had in their hands. “When we first found the BTR-3 we had no idea what we had come across, it was only after searching online that we realized it was a ‘a piece of Abbey Road Studios recording history,’ said Toby Leveson, station manager at Surge Radio.

“It’s amazing to think that he had been there undisturbed for so long. It’s great to uncover the mystery of it.”

Mirek Stiles, Head of Audio Products at Abbey Road Studios, said it was indeed a rare find: “This is an important find for the history of recorded music and discoveries like this. are rare,” he said. “When Toby from Surge Radio told me he had discovered a BTR-3, I had to contain my excitement, just in case it wasn’t the genuine article.”

Luckily it was, and it would be in great shape to boot. Stiles hopes the technical team at Abbey Road can get it back to working order.

Surge Radio kindly donated the radio to Abbey Road. The station will host a live broadcast from the legendary location on Thursday, April 13. To listen, go to surgeradio.co.uk.

MORE: Pink Floyd’s The Dark Side of the Moon mixer fetches £1.5million at auction

Abbey Road Studios console used to make ‘Dark Side of the Moon’ sells for $ 1.8 million at auction – ARTnews.com