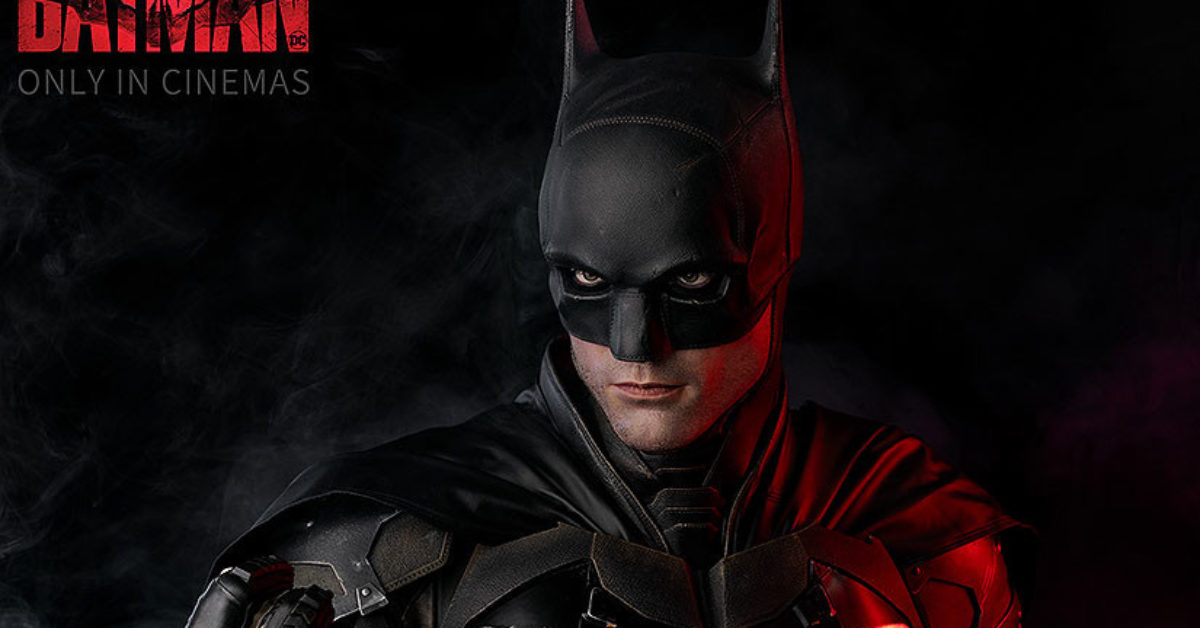 Vengeance now protects the streets of Gotham as The Batman settles in this fallen city. Since the movie premiered, we’ve seen plenty of collectibles since, from statues to action figures. However, Infinity Studios and Penguin Toys are stepping up a gear by announcing their new life-size bust. Robert Pattinson returns as Bruce Wayne with this amazing statue that stands 36 inches tall as Infinity Studio pulled out all the stops for this one. Using prosthetics, fabric, gel, and sculpted polystone, this statue brings The Batman out of the screen. His upper body is sculpted to screen perfection as he sits atop a gargoyle-themed Gotham base. This masterpiece isn’t cheap and will retail for $3,600, and pre-orders can be found here with a December 2023 release.

“I am revenge, I am the night, I am Batman!” The main character Batman/Bruce Wayne, played by Robert Pattinson, becomes a legend of Gotham City, unleashing his rage against all criminals. Is it revenge? Or is it justice? Batman and the Bat Suit have been faithfully recreated from stills from the film. His shield-shaped arm guard conceals a wire gun, one of Batman’s signature pieces of equipment. A batarang can be found protruding from his chest armor, another unique feature of this iteration of Batman.

“Batman is holding a letter from the Riddler, just like in the movie. The base of the statue is incorporated with various designs from the movie, capturing the dark atmosphere unique to Batman. The gargoyle is attached using magnets and can be removed for display on its own.Polystone, artificial leather and textiles were used to create a realistic sense of texture.The head features platinum silicone and prosthetics, while the beard and eyelashes were created with the use of rooted hair technology, perfectly capturing the unique qualities of Robert Pattinson.”