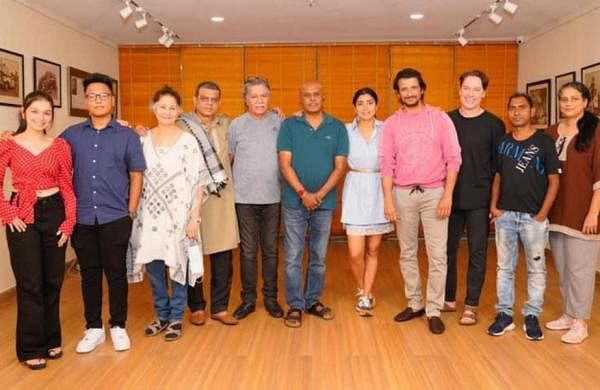 All of today’s children not only aim to become doctors or engineers, but they still crack under the pressure of an education system that forces them to learn equations and theorems by heart.

In order to encourage them to branch out and get out of this age-old rat race, the theater company and casting house Sutradhar are working on a bilingual feature film, Music School. The film, which has several big names in the industry on board, will promote sports and the arts, highlight the issues students face and why many are unable to pursue their passion for music and theater.

Shaan will play the ex-boyfriend of lead actor Shriya Saran and also sing on screen. “In addition to them, several child actors will have the opportunity to show their acting skills,” explains Vinay, the founder of Sutradhar. Working with the team for over four years now, he’s not only an actor but also behind the camera.

Music School is produced and directed by Papa Rao Biyyala, a former bureaucrat who also wrote the story and the screenplay. The film is a musical, with 12 songs composed by Ilaiyaraaja. “Three of them are from the classic Hollywood film Sound of Music, for which the producer has acquired the rights to its filmmakers,” Vinay said.

The film will hit the parquet floors from November 15, with the song sequences set to be shot in Goa and Hyderabad. Choreographer Adam Murray rehearses with the actors of Sutradhar. Filming for the film is expected to be finished by February 2022, says Vinay, who is all excited about the project.