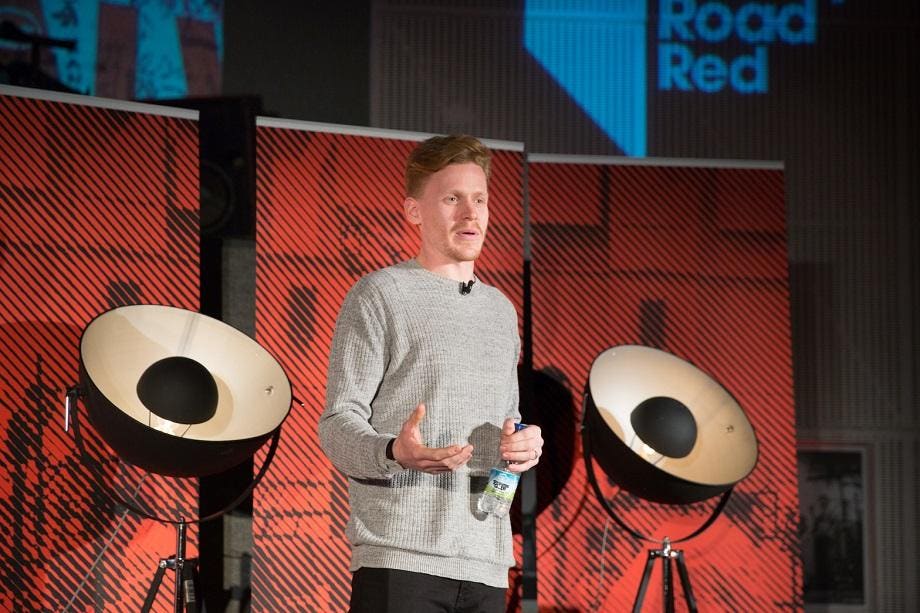 The mere mention of Abbey Road conjures up images of the most iconic music studio of all time – a studio that is arguably as synonymous with cutting-edge technology as it is with the legendary artists who created music within its walls.

Still Abbey Road Studios has never been one to rest on its laurels, and the past two years have seen the company dive into the tech space from a different angle with Europe’s first music-focused incubator. Abbey Road Red mentors music technology startups by providing access to studio staff and facilities in all aspects of production and business, including meeting with seasoned experts from Abbey Road Studios and Universal Music Group, the studio’s parent company.

This year, companies include AI. Musicwhich develops programs at the intersection of the musical artificial intelligence space, and Vochleawhich makes a recording device that translates vocals into instrumentation in real time.

Mirek Stiles, audio product manager at Abbey Road Studios, has worked there since 1998 as an assistant sound engineer. After working on several projects as diverse and impactful as The Lord of the Rings Trilogy and The Beatles Anthologyhe made a foray into interactive projects in 2007.

Stiles shared his perspective on the birth of Abbey Road Red and what the world’s most famous legacy studio looks for in the tech companies it oversees.

Q: How did the initial idea for Abbey Road Red come about?

A: Abbey Road has a long history of association with innovation. When the studios were part of the Gramophone Company (later to become EMI), there was a large R&D department at the factories in Hayes, west London. Abbey Road had close links with this R&D department in terms of product design, development and testing. This resulted in the first stereo musical recording made in Studio Two, the creation of the world’s first “modern style” mixing consoles, as well as various tape recorders, compressors and equalization units. There was still a laboratory in Abbey Road with very talented technicians pushing the limits of what could be achieved with the then rather basic technology – usually driven by the demands of the artists who used the studios. The overall innovation department was known as REDD (Record Engineering Development Department). Jon Eades and I, having been exposed to this story many times, always thought it would be so cool to put together some sort of new incarnation of the REDD department.

Q: What are the biggest challenges facing startups in the music industry, and how does the Abbey Road Red program help entrepreneurs achieve these goals?

A: Well, the most important aspect is an idea that inspires and has a purpose. Then you have to find a great team to explore, develop, challenge and shape the idea. If you have a great idea and a great team, that will naturally shine through to all potential investors. Sometimes the team is even more important than the idea itself. If you surround yourself with great people who know how the initial concept could flourish. That said, you really need to focus on the market you are targeting. Trying to be everything to everyone will likely result in failure. The RED program gives startups access to the best minds and experiences in the industry, drawing resources from Abbey Road Studios and its parent company Universal Music. This can range from access to recording studios to meetings with UMG’s commercial affairs legal teams and everything in between. We have access to a vast pool of inspiring and talented industry experts.

Q: How are applicants selected? Are there any particular traits you look for in participants?

A: The CEO needs to shine and inspire confidence, ultimately VCs invest in a person/team. Initially, we ask potential applicants to complete an application process – telling us a bit about themselves and submitting a pitch/business summary. After narrowing down the contestants to a few who have done something clicky, we’ll ask them to pitch their idea to the RED board – “Dragons Den” style, which is always fun. RED’s Board of Directors is a mix of technical and commercial representatives from Abbey Road and Universal Music, an eclectic mix of talent and experience.

Q: Can you name a few examples of the kind of help Abbey Road Red has provided to incubator participants?

A: We have access to all aspects of the development process. This may involve spending the day with an Abbey Road engineer performing field tests in the studios or presenting to investors. Some businesses need legal publishing advice or access to a digital strategy or brand marketing team. What we offer is a very personalized program, tailored to the specific needs and development requirements of each startup.

Q: Why do you think it’s important for big name brands like Abbey Road to help start-ups and cutting-edge research?

A: I can’t tell you how exciting it is to work with startups. These companies and individuals have a dream and a vision – it is very powerful and inspiring. Through the RED program, Abbey Road is introduced to the most advanced technologies and services that can only be of immense benefit to the studios, Universal Music and our customers. It’s a great way to keep your finger on the pulse – and it’s a lot of fun too!

This interview has been edited for clarity.