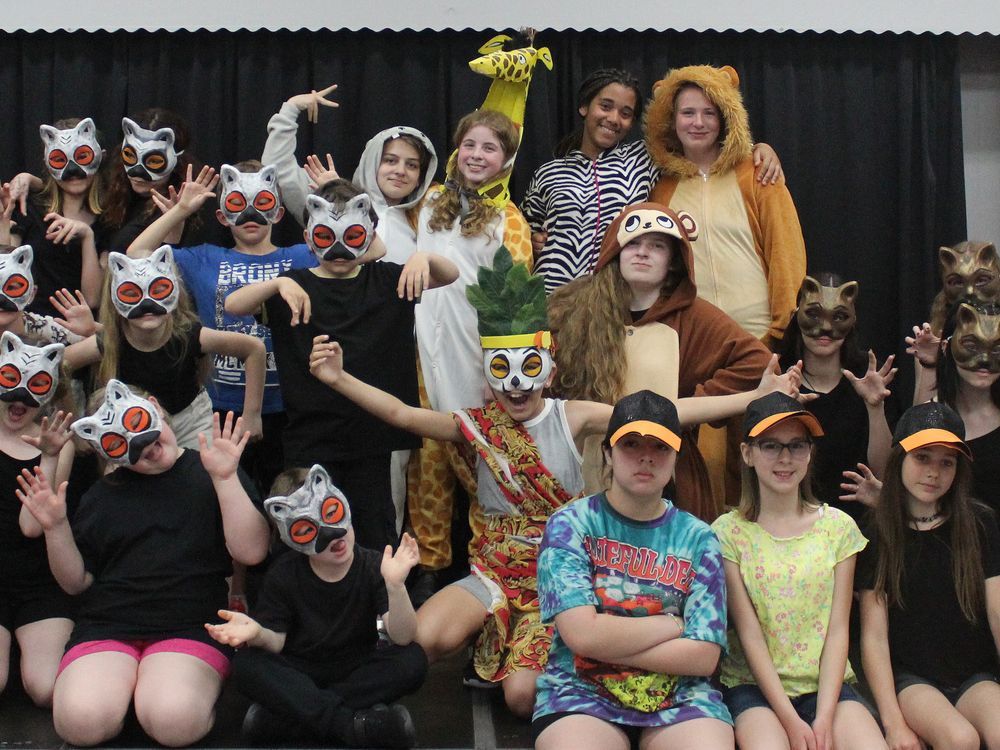 Sudbury’s littlest actors will be unleashed on stage this month with a musical adaptation of DreamWorks’ beloved animated film, Madagascar.

The Biggest Little Theater Company will perform Madagascar – A Musical Adventure Jr. at Centennial Arena in Hanmer beginning June 9. The show follows a group of animals who escape from New York’s Central Park Zoo, then are unexpectedly captured and shipped to Africa.

The production will feature 32 young actors aged 6-18 from across the Greater Sudbury area who have been hard at work preparing for the show since January.

Adapted for the stage by the Broadway Junior division of Music Theater International, Madagascar – A Musical Adventure Jr. features original music and lyrics by George Noriega and Joel Someillan, with book by Kevin Del Aguila.

The show will be the first production of the Biggest Little Theater Company, a new children’s theater company in Greater Sudbury. The program allows young people to participate in all aspects of a complete musical production, from props and customs to singing and dancing.

The program is open to all children with no registration fee. Rehearsals and performances of each show take place in outlying areas of Sudbury, in order to make the program accessible to children in these communities.

Their production of Madagascar Jr. has been repeated and will be performed at Hanmer.

“We look forward to putting on shows in all of our surrounding communities with plans to bring a show to Lively over the summer!” the company said in a statement.

Madagascar – A Musical Adventure Jr. will take place June 9-19 at Centennial Arena. Tickets are available for the general admission price of $15 at bltcsudbury.com. For more information and some behind-the-scenes fun, visit The Biggest Little Theater Company’s Facebook page.

How much does it cost to build a professional recording studio?